Ingrid and Ben Rector collaborated on an acoustic version of his song "It Would Be You" - OUT NOW! Watch the lyric video here. 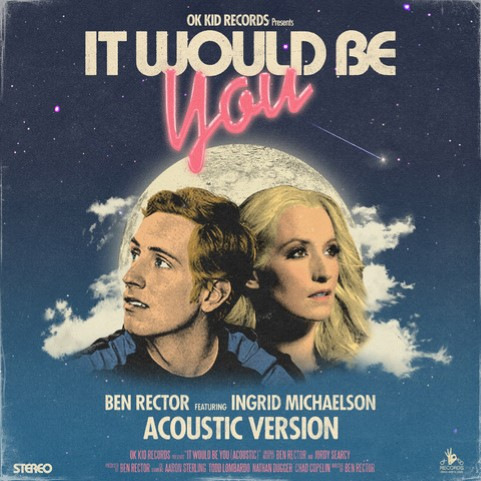 I'm so excited to announce the launch of my Patreon page!!

This idea came about because for the last few years I've been in a love/hate relationship with social media. Of course there are positives, but I found myself feeling the negative side effects much more.

I love the idea of creating a Patreon. My hope is to cultivate and build a safe space to reconnect with the people out there who truly care about and feel invested in what I do. I want to make people feel joy. Feel less alone. I want to livestream in my pajamas. I want to share unreleased music. I want to swap recipes and skin care routines. I want to talk about how to make this world a kinder place.

We are celebrating the launch of my Patreon page LIVE THIS SUNDAY, September 20th at 5:00 PM PT / 8:00 PM ET. I'm thinking I'll play some songs, answer some questions and chat with you all. We can get a feel for this together. Mark your calendars, more details to come... Once you've signed up on Patreon, download the Discord app to start chatting with me!

I've listed my three Patreon tiers below. I hope you will join me on this adventure.

Everybody — $5 per month
Benefits:

Ingrid’s original song “Build It Up” has been Emmy-nominated for Outstanding Original Music and Lyrics! Click here to listen and see below for more on the song.

Ingrid Michaelson has released a new original song entitled "Build It Up," written for the Hulu limited series Little Fires Everywhere. The track was produced by renowned composer Mark Isham (Crash, Once Upon a Time, A River Runs Through It, The Accountant, Miracle) and Florence + The Machine's Isabella "Machine" Summers who teamed up to score the limited series.

Click here to watch the Little Fires Everywhere music team discuss how "Build It Up" came about, followed by a stunning at-home acoustic performance by Ingrid.

When the day came for Ingrid Michaelson to record her original song “Build it Up” at the famed Capitol Records studios, “everybody cried – everybody,” says composer Isabella Summers.

The haunting melody composed for the fiery finale of Hulu’s Little Fires Everywhere adaptation undulates with melancholy and hope, as Michaelson’s dulcet vocals echo the pain and desires of the lead characters of the series.

“The world has this reset button that has been set on us,” Ingrid says, “and we are forced to metaphorically burn it down and to build it back up again.”

Press Quotes:
"...the song channels the voices of the show’s teenagers and created an anthem..." – Variety

“’Specifically, it deals with motherhood, what defines a mother, lack of communication, being a daughter and that mother/daughter tie. I had a lot of things to work with in my own life and in the show, and that’s how I wrote the song,’ Michaelson explained.” - AwardsDaily

"Michaelson and Tigelaar knew those final moments needed something brand new—as Michaelson put it, ‘something unfamiliar, since the future of these characters is unknown.’" – Vanity Fair 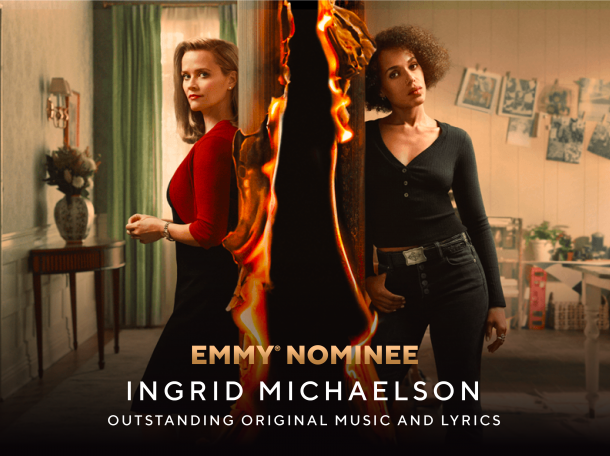